Answers to a Couple of Questions...

Hey Kris that contemptor looks awesome! I have 2 questions for you. The marine in the betrayal box set do the arms come already attached to the torso? Second question, where did you find that missile launcher for your dreadnought? Keep up the good work, you have inspired me to finish up my 30k iron warriors army.

This is in regards to the Contemptor Dreadnought I posted earlier today.

The Tactical Marines and Terminators in the Betrayal at Calth kit are fully separate parts.  They're just like any other GW kit you'd get off the shelf.  The Terminator Captain and Chaplain are mono-pose, but in enough parts that you could probably swap out weapons and heads without too much work. 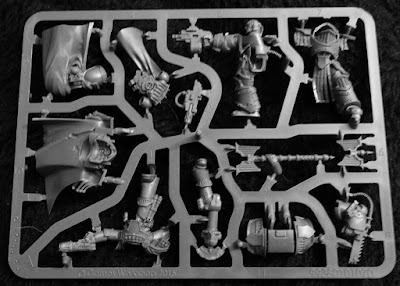 The Contemptor has separate arms and comes with both a Multi-Melta and Kheres Pattern Assault Cannon in addition to the Dreadnought Close Combat Weapon.  The arms are designed to fit any Contemptor, including the resin Forgeworld ones, so if you get a FW body, you can use the spare shooty weapon on it.  The legs are mono-pose, which kind of sucks, but it's not a terrible pose. 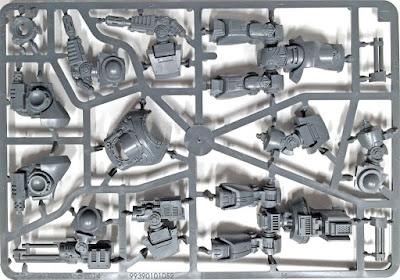 I wasn't a big fan of the Cyclone Missile Launcher that Forgeworld sells for the Contemptor kit.  I had seen someone use the Land Speeder Missile Launchers and it looked great.  I had leftovers from a kit I assembled without missiles.  You have to clip a tab off, but otherwise, you just glue them to the top of the Dread's "head". 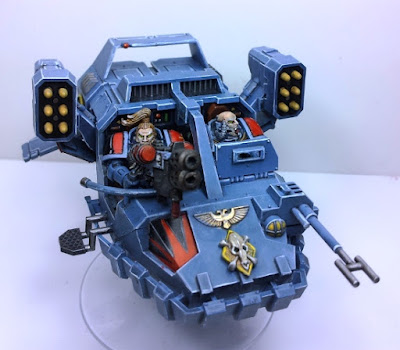