Anyone who reads this blog likely knows that I'm a fan of many different games.  This blog started out as a way of keeping myself focused on my hobby projects, but has morphed a little into general thoughts on the hobby and gaming in general.

One of the things I'm terrible at when it comes to gaming is waiting.  We always know that there is a cool new release around the corner, and I hate having to wait.  All the new shinies I want right now come out next week.  Oddly, they all come from the same company...  Fantasy Flight Games.

First up is the Legions of Death Expansion for Warhammer 40k Conquest.  If you haven't given this game a try yet, do so.  The core box is only $40 or so and gives you enough stuff for two players to play.  Not every 40k Faction was represented in the core box.  The Tyranids were added in a previous expansion and the Necrons are added in this one.  The game does a really good job of capturing the "feel" of 40k.  Planets are taken down quickly.  Orks attack en masse.  It's great. 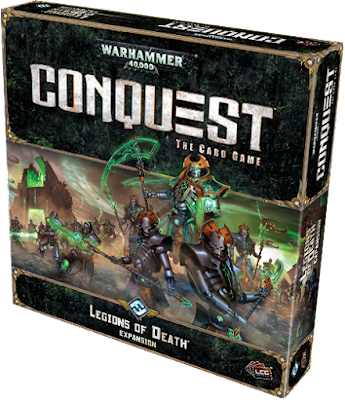 Next up is The Bespin Gambit for Imperial Assault.  I've been playing through a campaign with my friends and am enjoying the game immensely.  This box adds several heroes and a mini campaign, but more importantly for me (playing as the Imperial side), several new open groups of bad guys that I can use to terrorize my Rebel Scum friends! 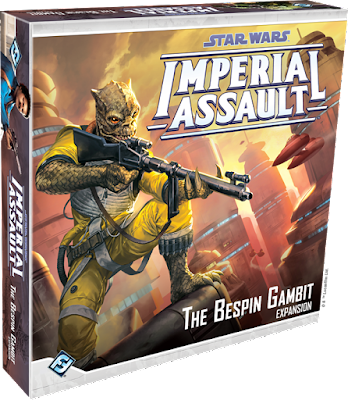 Last up is a Descent Hero and Monster Collection.  My buddy is a big Descent fan.  He has almost everything they've made so far.  Descent is more or less identical to Imperial Assault, where one player controls the dungeon and monsters and the others control players.  As I've mentioned in previous posts, FFG released an app that takes over this job, turning the game into a truly cooperative 1-4 player experience.  I've ordered a copy of the core Descent game, which should be in my hands by the time this post goes up.  I've played enough to know I like it and intend on slowly buying some of the additional content.  Each of these Hero and Monster Collections comes with 4 new heroes and 3 groups of monsters.  Jazzes up the game a bit. 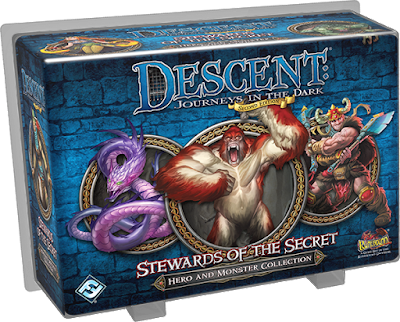 I'll be posting up unboxings and reviews as I'm able to get these things.  They all release around 5/26, so I might have to stagger the purchases a littler.