I went to a Game Swap at Showcase Comics in Swarthmore, PA last week and got a ton of really good deals.  Like...  REALLY good deals. 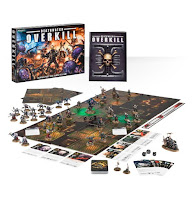 Item #1 - Deathwatch Overkill
This bad boy retails for $165 and I paid $45.  I also immediately lined up a sale of the Deathwatch half for $30.  That leaves me with 39 Genestealer Cult models and all of the game components for $15.  Great deal. 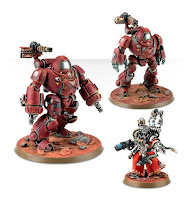 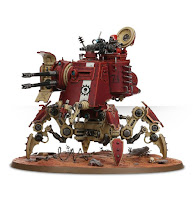 Item #3 - Skitarii Onager Dunecrawler
Retails for $66 and I paid $30.  The kit is missing the 130mm round base.  I'll probably have to order one from GW.  These bases aren't common enough that most people have spares. 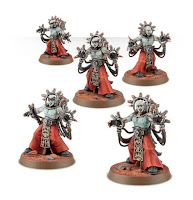 Item #4 - Cult Mechanicus Fulgurite Electropriests
Retails for $41 and I paid $25.  These guys are pretty useless in game, so I've never bought them.  For $25, it'll be a fun addition.  It'll be nice to have some models with lots of skin to add to the army. 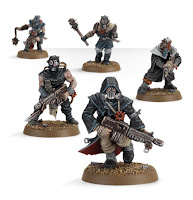 Item #5 - 11 Chaos Cultists, including 2 guys with the Heavy Stubber upgrade
Retails for $20 (2x boxes of 5) and I paid $10.  Not a fantastic deal, but it gives me a cheap Troops choice for my Iron Warriors. 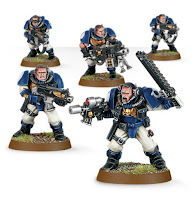 Item #6 - 5 Space Marine Scouts w/Bolt Pistol and CCW
Retails for $25 and I paid $6.  I got these with the thought that a little conversion work will make them into Recon Marines for my 30k Iron Warriors.  They're already assembled and on base, so they'll need some work.  Time will tell if I have the oophah. 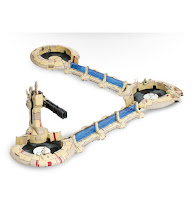 Item #7 - Tau Empire Tidewall Rampart
Retails for $160 and I paid $30.  It's missing a few small parts that don't really detract from the overall build.  I don't think anyone who isn't super familiar with the kit will notice.

Item #8 - Carcassonne small expansion
Retails for $12 and I paid $7.  It's a good game and I didn't have this expansion.  I can't remember which one it is.  It's not in front of me right now.

Pretty solid haul.  My buddy Vaughn picked up an almost complete collection of Warhammer 40k Conquest.  The plan is to make some decks and try it out.  I have a full collection, as do some of my friends.  We might actually start getting back into it.