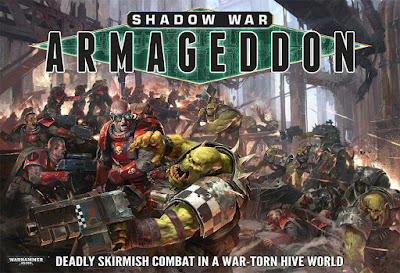 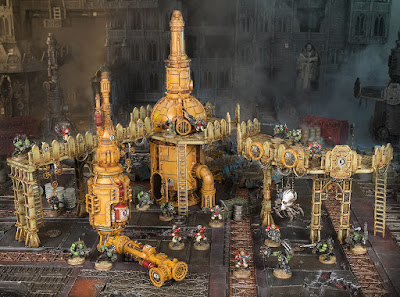 You get what appears to be a box of Ork Boyz, two boxes of Space Marine Scouts, some admittedly cool looking terrain and the rules/tokens.

I don't care about the Ork Boyz.

I don't care about the Space Marine Scouts.

I think the terrain looks cool, but I totally don't need any of it.  I rarely, if ever, play at home.

All I want is the rule book and tokens.  I'm betting that GW doesn't bother selling the rules separately.  130 USD just seems like a lot for a bunch of models I'm not interested in.  It's kind of frustrating.  GW hasn't yet figured out that core boxes need to be cheap to capture new players.

Chances are pretty good that I'll be able to pick up the rules off eBay for maybe $10-20.  I might give it a shot, but there's no chance I'm spending 130 USD for this.  I just don't see the value.