OMG...  these things look amazing!  I'm in love with pretty much all of the models.  I might have to seriously consider these guys when they release for Age of Sigmar.

"From the skies come the airborne armadas of the Kharadron Overlords – sky-fleets of iron-clad warriors aboard fantastical machines of war armed with powerful aetheric weapons.

They are a proud people and masters of strange alchemical powers. Guided by their Kharardron Code, and long-hidden from the rampaging forces of the Dark Gods, they did not merely survived the Age of Chaos, they thrived.

With the dominion of Chaos receding, they venture forth once more to seek plunder and riches among the realms.

This new Duardin faction is a force unlike any you have seen before. These are not the descendants of Grungni who hid in their mountain holds or fled to Azyr, and neither are they the firebrand berzerkers of the lodges that worship the fractured god Grimnir. The Kharadrons have become a race unto themselves, separated from their kin through the centuries.

You won’t see a single scrap of flesh on them – every inch of their bodies is clad in armour or complex suits, so as to protect them from the harsh environments found in the magic-infused skies of the Mortal Realms. Their weapons are powered by strange chemical processes, and their airships, while bearing some similarities to the gyrocopters of their ancestors, are clearly powered by a far more powerful and possibly arcane mechanism."

Here they are in all their beautiful glory...

First up is the Battletome plus some artwork.  Unsurprisingly, the Dwarves are Order.  I could have called that. 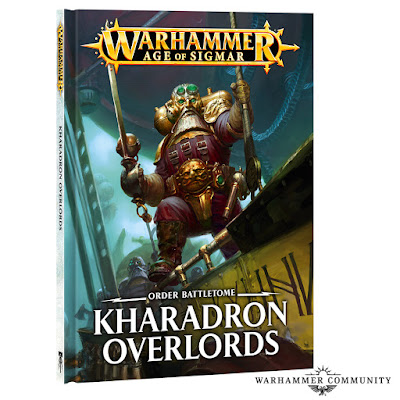 This is some pretty sweet artwork.  I love the single dudes with spears floating along on their iron balloons.  I love the concept that the 'lighter than air' component is a giant metal ball. 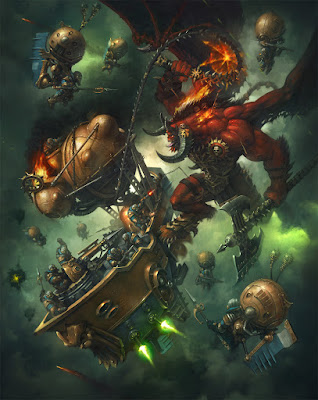 First up are four individual hero looking dudes.  Based on the weaponry, it's pretty safe to say that some of these are melee heavy while others are missile platforms.  The fourth guy down looks like he might be some sort of Engineer/Wizard equivalent. 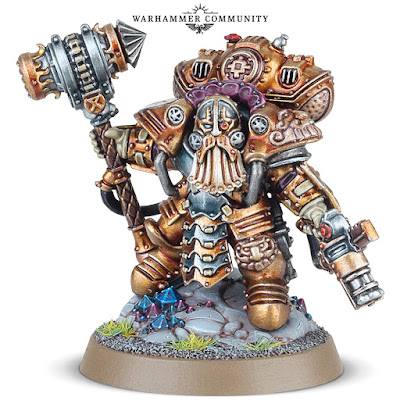 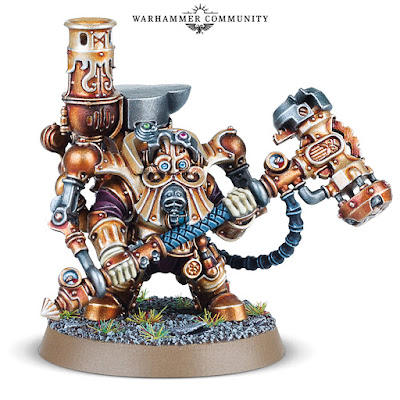 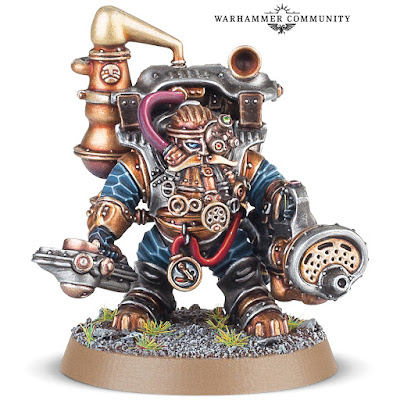 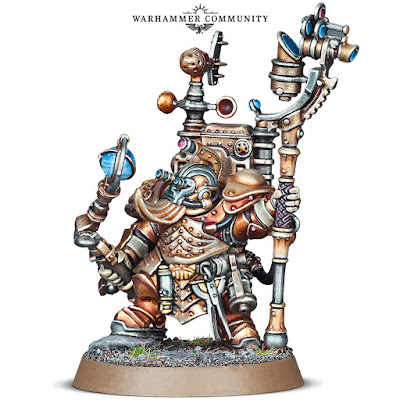 I'm assuming that these are the basic troops.  I'm seeing a number of different weapon configurations...


It's nice to see a variety of weapons in the basic Infantry unit.  These guys have to be Battleline. 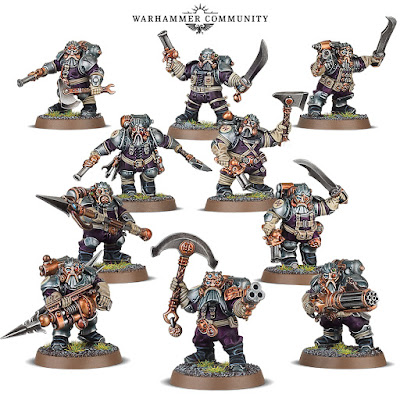 These guys look like they're probably the elite shooting Infantry unit,  It looks like four different kinds of weapon in a five man unit.  Again, pretty awesome.  Variety is nice. 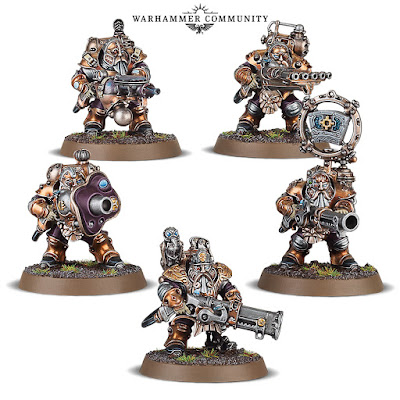 These next two are amazing looking  The lone guy looks like a hero version of the three man unit.  I absolutely love the aesthetic.  I'm assuming these guys have Flying and a solid Move stat.  They look amazing. 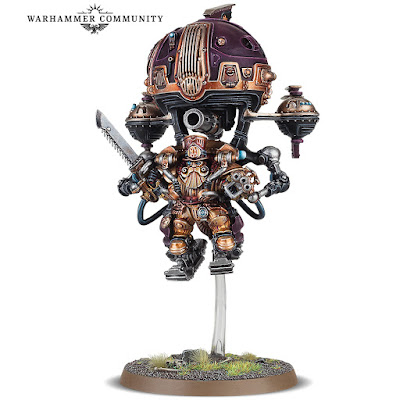 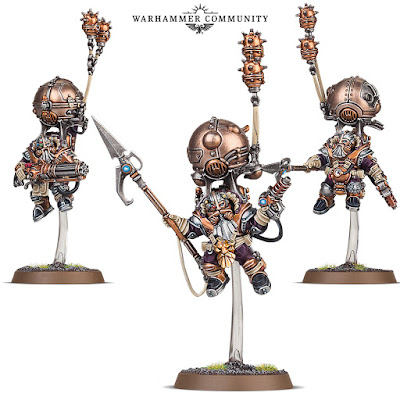 Last up is a variety of ships.  They look different enough that I can't tell if they come from the same kit or not.  In any case, it's great to see these sorts of models for Age of Sigmar.  So many of the armies just have masses of foot troop guys.  I think this army is going to really jazz up the options. 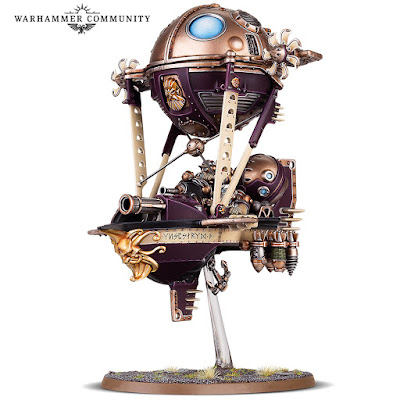 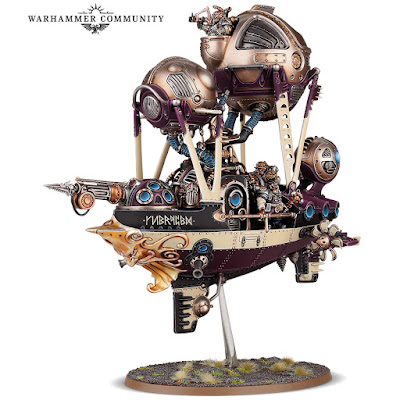 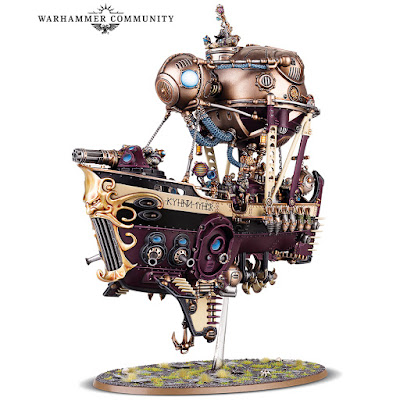