The Iron Warriors Get a New Leader

Doesn't leave many options.  BUT...  I found something.

Sevrin Loth, Chief Librarian of the Red Scorpions is decked out in MkIV Power Armor, just like the majority of my painted Iron Warriors.  He also has separate shoulder pads which allows me to use basic, flat pads.  Lastly, there is surprisingly little loyalist crap.  There's only one purity seal that will need to be scraped off. 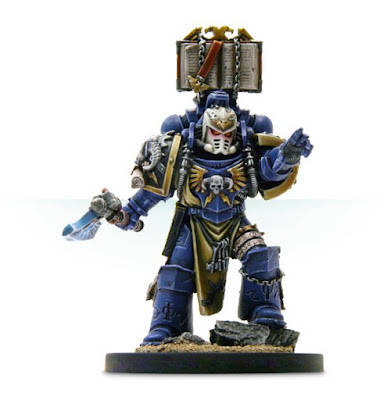 I went ahead and picked one up about a week ago and was surprised to find that it came in super quick.  I swapped out the Force Axe for a Force Stave.  I know that the Stave isn't the best option, but I think it makes the most sense for a Psyker/Librarian/Sorceror.  I also hate the book, so I swapped out for a normal backpack. 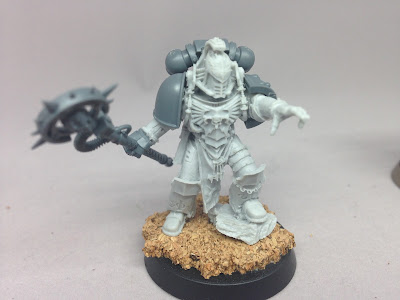 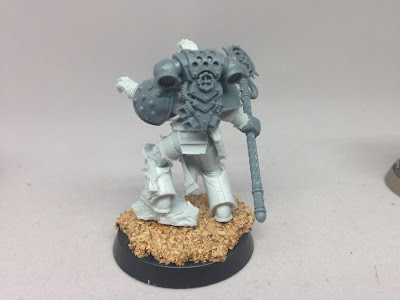 I think he's going to fit in just fine!  The goal is to get him primed up over the next couple of days and then painted up this weekend. 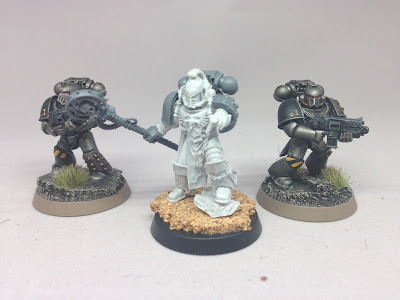