My Kill Teams group decided to close out a successful five week campaign by having a six way free for all.  Ben's Tau Empire took the day by holding two of the five objectives at the end of round five.  I had a couple of Marines and my Librarian/Leader left.  Realistically, I wasn't mobile enough to get to most of the objectives.  I also didn't have enough models to effectively hold what I was able to get to.

The board that we played on was gorgeously set up.  Here are a bunch of glamour shots. 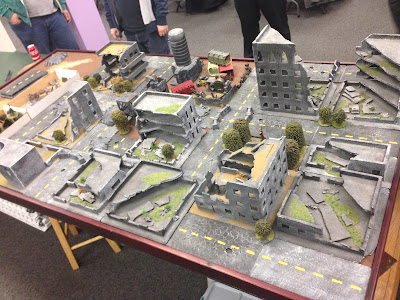 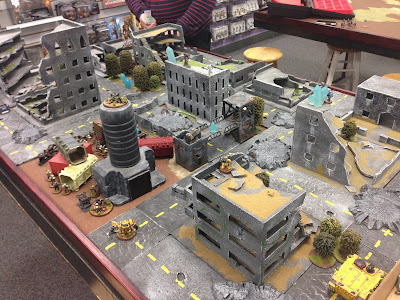 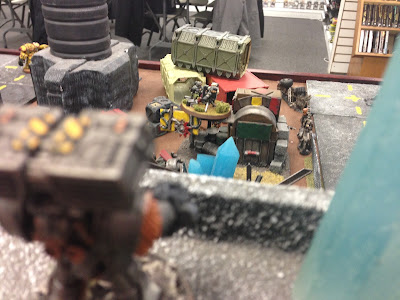 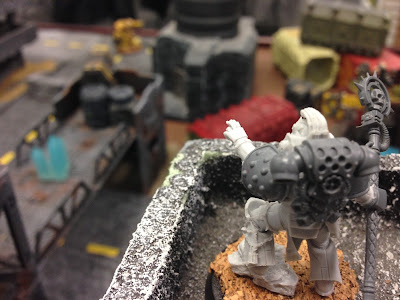 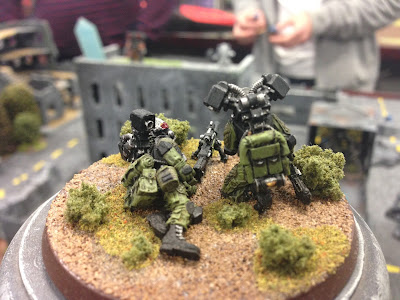 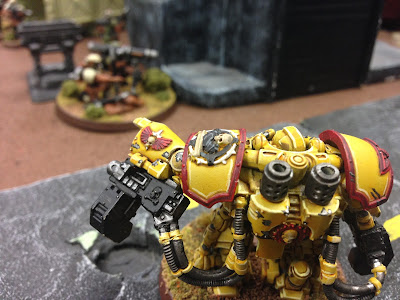 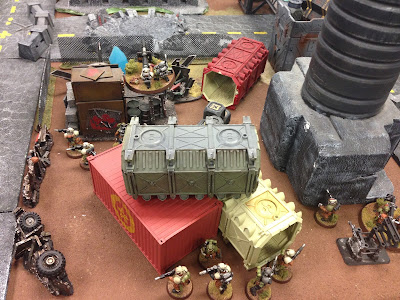 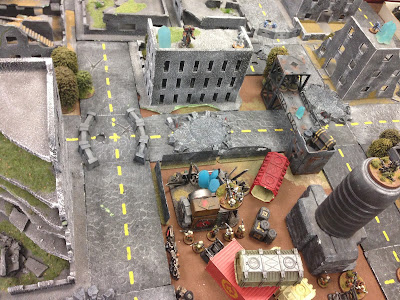 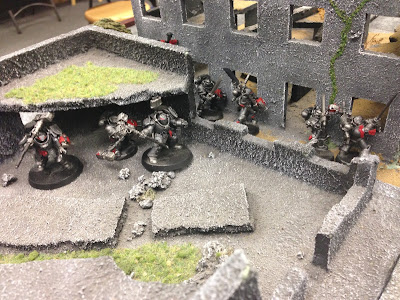 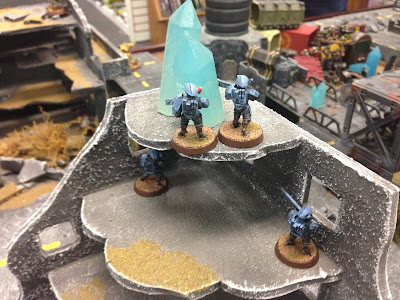 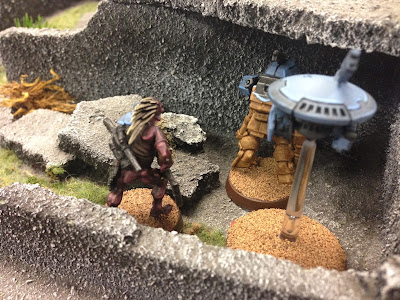 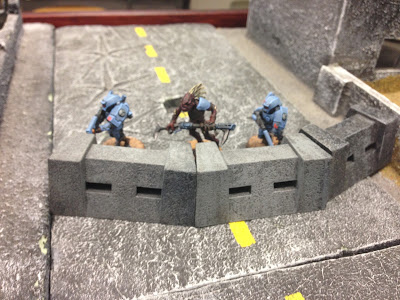 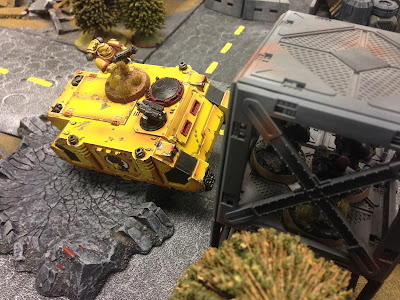 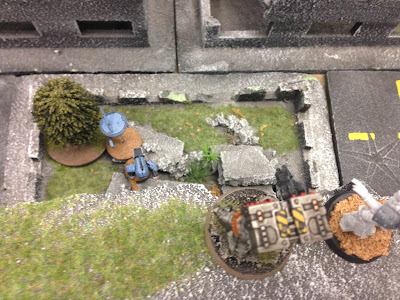 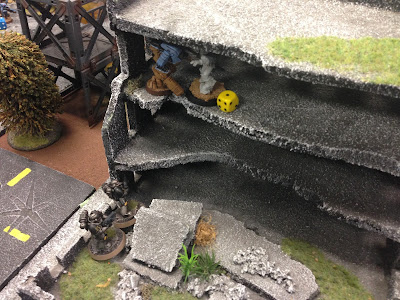 At the end of the game, the Tau held two objectives and the Grey Knights held one.  I think somebody else held one, but I missed the photo. 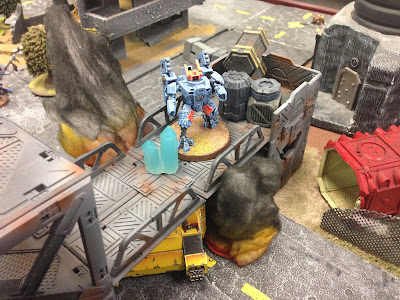 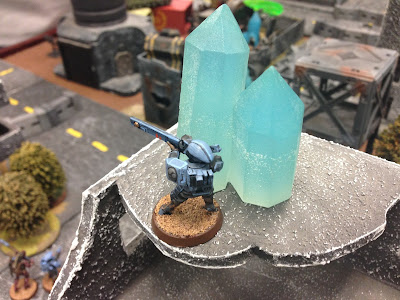 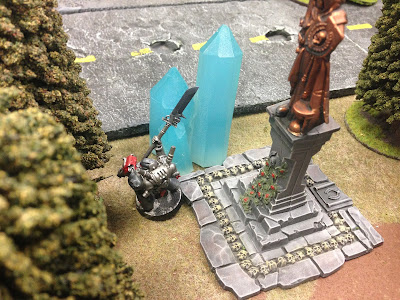