As I mentioned a couple of days ago, my new buddy Vaughn picked up a full playset of Warhammer 40k Conquest at the Showcase Game Swap.  I loved the game, but it never really hit big in our local area.  Also, with today being day 9 after the end of FFG's licensing agreement with GW, it seemed overwhelmingly likely that this game would be done forever.

I ran across a group called Apoka (http://apoka.mozello.com/)who have decided to make sure that Conquest lives.  From what I can tell, they're a loose group of people who have experience either in game or graphic design.  Their intention is to keep creating new expansions and give them away for free.  Alternately, it's possible to use an online printing company to get cards that are more or less identical to the official stuff.

Here are a few of their sample cards... 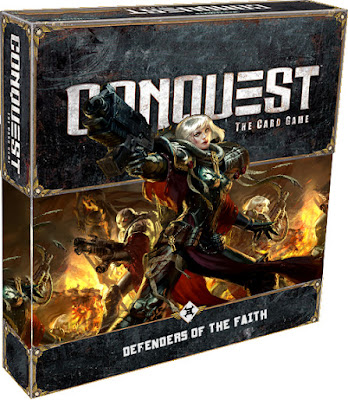