My Kill Teams group got together and did something a little different.  We played a game with three of our teams, the Imperial Fists, the Iron Warriors and a group of Imperial Guard, versus 600 points of Tau Empire.  The Tau Empire consisted entirely of a Commander, three Crisis Suits and a Riptide.  It was a fun battle.  The Tau side ultimately won, but was only had the Riptide with a handful of wounds remaining.  Everything else died.

The gaming board was pretty nice.  We played at Showcase Comics in Swarthmore, PA.  They have an amazing assortment of terrain that can be used for a variety of games. 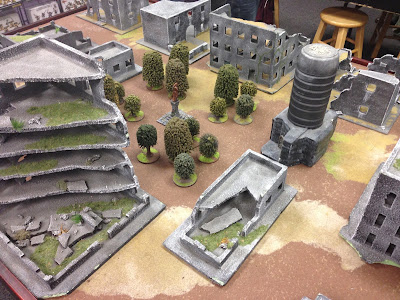 We went with a sort of "gutted out NYC" vibe, complete with Central Park! 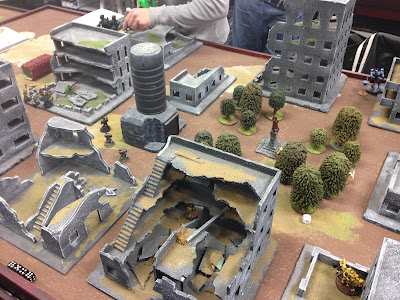 This Imperial Fists Centurion was one of the stars of the game.  His Heavy Bolter fire took out one of the Crisis Suits and damaged several others, including the Commander.  The Iron Warriors Siege Tyrant Master was one of the other stars.  Never underestimate Marines with massive weapon systems. 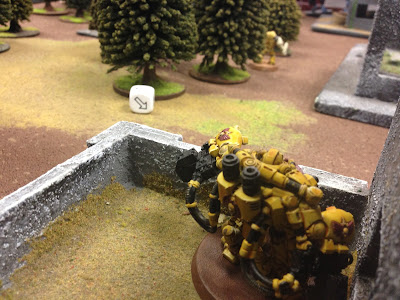 The lowly Guardsmen did a great job of slowly moving across the board and drawing fire.  Unfortunately, I don't think their Lasguns did much in the way of damage. 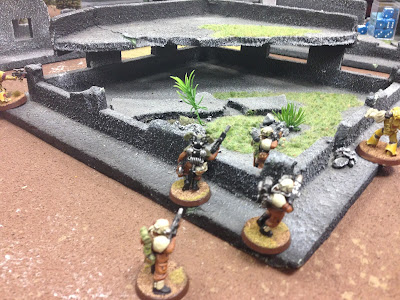 This is where we learned not to bunch up when a Riptide with a S8 AP2 Large Blast weapon is standing close by.  The casualties were epic. 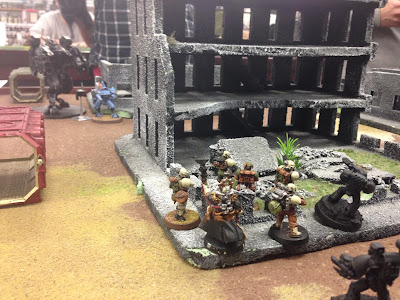 After that blast, we learned to spread out a little more.  One of these Marines actually survived to charge the Riptide.  He tied it up in combat for a round, effectively taking away the Riptide's shooting phase.  I think he deserves an award for that. 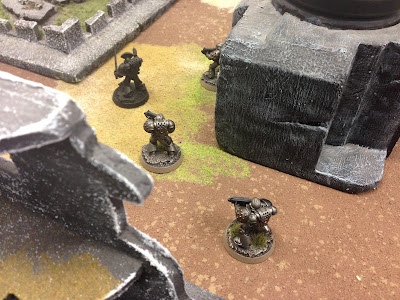 That's all I have  I don't know how it happened, but I didn't get a single solid shot of the Tau enemies.  I'll try to do a better job in the future!