So, there is this new Kickstarter out for a game called Vanguard of War.  It's by a studio called Archon...  which is really just a rebranded Prodos.  Prodos is the studio that absolutely botched the Aliens versus Predaters Kickstarter.  That game released to retail more than two years before some backers got their pledges.  They're also the same people responsible for LOAD, which was a perfectly executed Kickstarter.  I'm conflicted.  The minis look very cool, but I'm not sure I can trust the company to deliver on time. 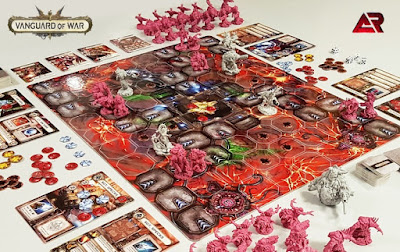 The game looks to be some sort of defense versus multiple waves of enemies sort of thing.  The players play as defenders of some sort of space church that is being overrun by daemons.  I'm not sold.  The game looks a little boring. 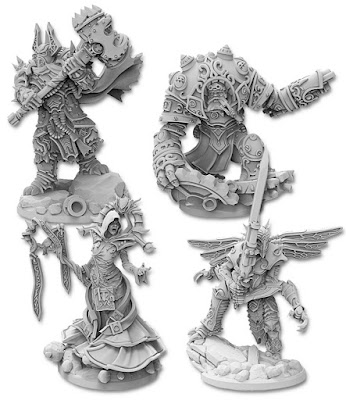 I tagged it for watching on Kickstarter, but I doubt I'll pull the trigger.  The base pledge is $110 plus shipping.  That's a lot for a game that probably won't see much play.  Hopefully, they'll put up some play through videos that will tell me whether or not it'll be any fun.  The minis may or may not be worth it depending on how many there are.  I think the stretch goals will have to sell this one for a lot of people.  Here's what you get for $110 right now...  I'm sure there will be more added as the campaign progresses.