My friends and I are going to be playing through the recently released Correllian Conflict campaign.  It looks like I'll be playing on the Rebels side of things.  Given that I'm bad at the game, and I mean REALLY BAD, I've asked my buddy to help me learn to play a little better.  He suggested that I stick with three Assault Frigates, or "Guppies" as they're commonly known.  Sounds like they're pretty easy to learn how to fly.  I'll probably go with three Guppies and some supporting squadrons to start out.

I decided to sit down and do a little hobby work to differentiate one of the ships to make it into a flagship.  I'm pretty happy with the results.  I'll end up painting them and throwing some pics up in a day or two. 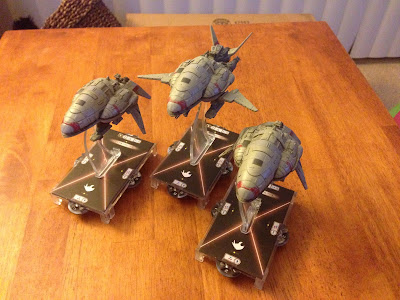 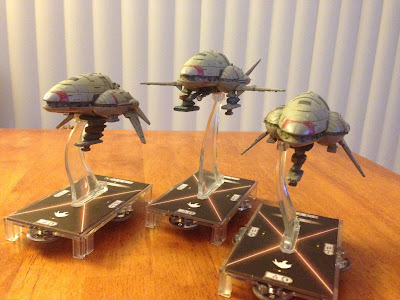 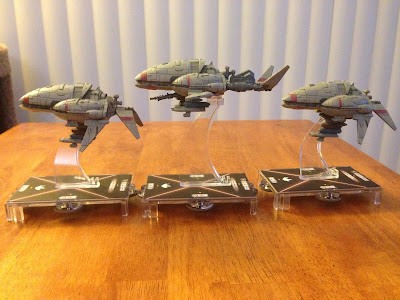 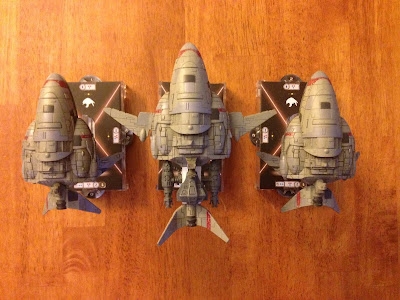 Same ship, but enough of a different look to differentiate it.  I think it'll look better when it gets painted.