I'm finding myself becoming more and more a fan of FFG's games.  They write clean rules and you generally don't have to wait too long for updates, assuming it's a game that's still being updated.  Having said that, here are some of the things in the pipeline that I'm excited about... 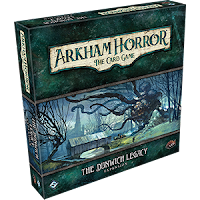 This game is awesome.  It just needs more content right now.  This deluxe expansion will give us three new scenarios and several new investigators, plus a bunch of new investigator cards.  I'm very optimistic.  I bought the core game for two people this Christmas season.  There are several smaller expansion packs that tie into this deluxe expansion and they'll be released over the months after this comes out.

2. Mansions of Madness 2nd Edition - Beyond the Threshold 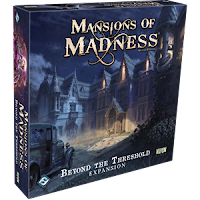 Again, a great game that could use more content.  I like this one particularly because it's one that my wife enjoys.  This is one of those games where the computer controls the "bad guy", so the players don't know the story until the uncover it.  It's really well done. 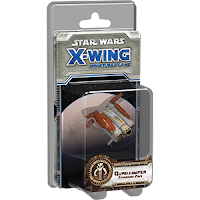 I don't get to play much X-Wing, due mainly to my core friends not liking it as much as other games AND my unwillingness to drive for an hour after work to farther away stores.  This ship just looks really cool.  It's the one that gets blown up just before Rey and Finn hop into the Falcon in The Force Awakens. 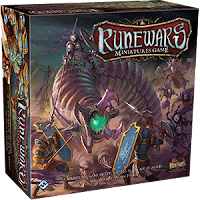 This game is set in the same world as Descent: Journeys in the Dark, which is my favorite dungeon crawler board game.  It looks like a more balanced version of Warhammer Fantasy with an Armada/X-Wing style movement and attack mechanic.  I'm really optimistic that this will be a good game.  I'm less optimistic that I'll have people willing to play it with me.  It's a new IP that only I am familiar with.  It this were Star Wars...  Squad Battles?...  I'd have no problem selling it.  It's theoretically being released in the first quarter of 2017, so I'm expecting it to hit On the Boat status soon.  The boat usually takes a month or two. 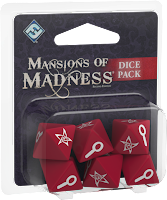 Is it sad that this made my top five?  Seriously...  the core game is one or two dice short.  The core game comes with five dice and you pretty frequently have to make skill checks that use six dice.  Five was never enough.  They should have released this along with the core game.

That's it.  Those are the things I'm most looking forward to.  The weirdly missing thing is Descent.  There are no currently planned Descent releases.  I THINK this is because they're working on app campaigns that will make you want to buy existing product.  I hope.  It's a great game and I still have content to work through, so it's not bad that there aren't any releases on the horizon...  but it's also not great.