FFG is getting really good at making miniatures.  They're also starting to branch out into some of the lesser known characters from the Star Wars universe.  Three new expansions were just announced. 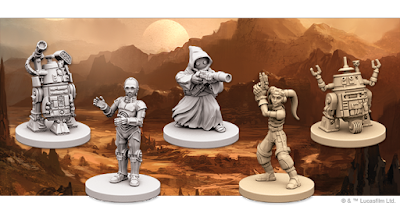 First up is one of the coolest, for me.  0-0-0 (Triple Zero) and BT-1 are sort of like evil versions of C-3PO and R2-D2.  They hang out with Darth Vader and Doctor Aphra in the Darth Vader comics that Marvel has been putting out.  They're interesting characters that I'm hoping will also transition over to Star Wars Destiny. 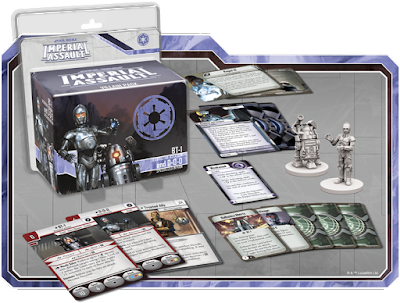 Next up is a Star Wars classic.  Utinni!  Nothing much else to say.  Jawas are fun and ridiculously easy to paint.  This is the least exciting of the three new products. 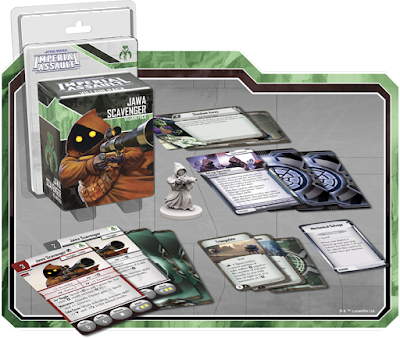 Last up are Hera Syndulla and Chopper, the team leader and sidekick droid from the Star Wars Rebels show.  It's really exciting to see some of the other Star Wars properties being rolled into these games.  It's also interesting that Hera looks a little more cartoony than some of the other sculpts in the line.  I wonder how she'll look next to the Luke, for example. 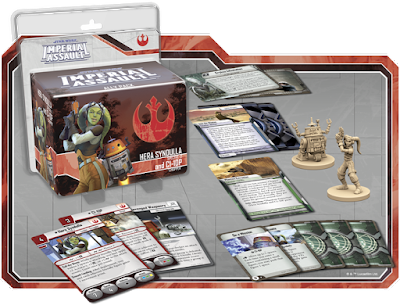 We'll probably get more articles as time goes on.  It's hard to see what most of the abilities do.  Honestly, I'm not sure it matter much.  I mainly just like the models  They make for fun 'tokens' in the Destiny game.  I'll probably pick up Triple Zero and BT-1.  I might pick up the others.  It kind of depends what else is going on in the gaming world when they get released.