I ended up getting a bit of free time over the weekend and decided to stick the models that I've assembled thus far onto bases.  I'm going to use cork painted a sort of grey rocky color with some of the reddish crackle paint on the flat areas.  The goal is to make them look like they're on an alien planet.  I have some red, yellow and orange grass to decorate the bases with. 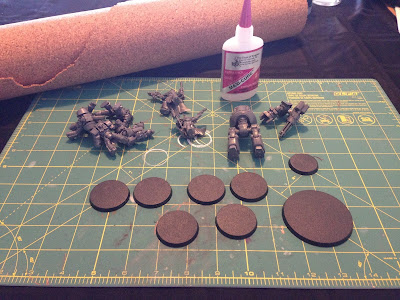 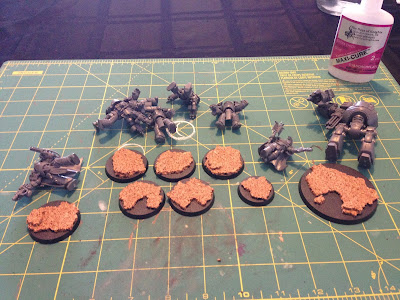 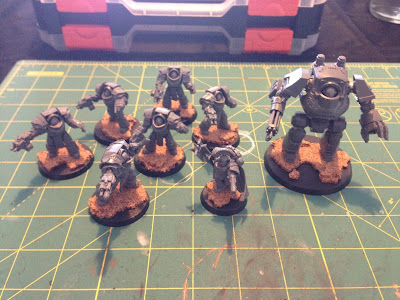 In all fairness, the Terminators aren't done yet.  I'm using them as the Iron Warriors signature Terminator Squad.  All five of the non-HQ Terminators will have Cyclone Missile Launchers.  I just ordered the ones below from Anvil Industry.  They make amazing stuff.  This will be my second order from them.  Hopefully it won't take too long for the package to arrive. 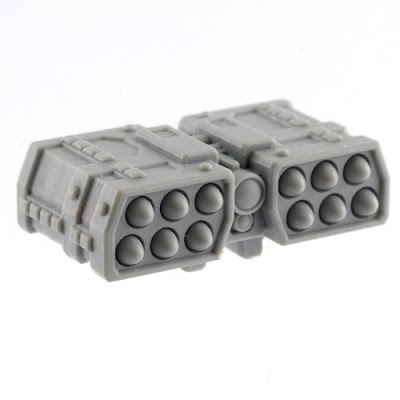 I also ordered a Techmarine style backpack.  If I'm playing Iron Warriors, I'll definitely need to have a Master of the Forge looking dude.  I might even be able to stick this on a Terminator armored guy.  I'm still not 100% on their rules. 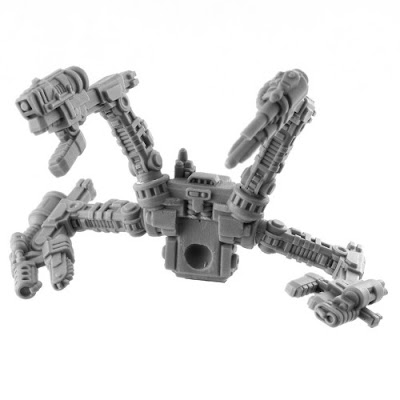 The arms all come separate and there's actually a nice little Power Weapon included.  I didn't realize that until AFTER I made the purchase, when I was grabbing the photo for this post.  Bonus! 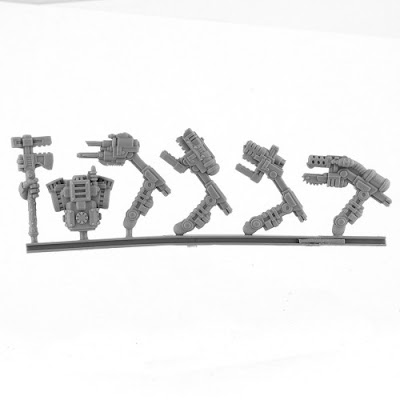