It's pretty late as I type this up.  I'm just wrapping up an 18 hour day.  Doesn't sound like much, but being mentally engaged for 18 hours straight is exhausting.

My Imperial Assault group met for a couple of missions today.  We had decided to reboot the campaign and let everyone pick new heroes.  I'll definitely say that the Rebels have a serious advantage when they know the mission AND have four very combat oriented heroes.  I was playing the Imperial side and felt almost like conceding a couple of times.  You know it's bad when you still have three or four turns to go and see no path forward whatsoever.  Generating only two threat per turn is barely enough to summon a single Stormtrooper...  and that's assuming that you the heroes leave you with at least one to reinforce.  I'm hoping that the next couple of missions are a little more balanced.

In other news, my Iron Warriors are coming along nicely.  I did some serious sanding and priming and have the army at a stage where I can begin painting soon. 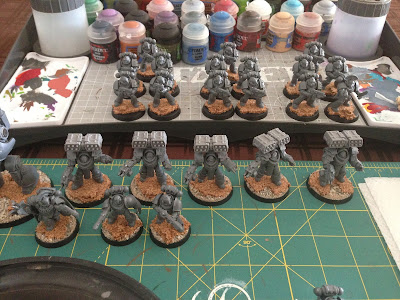 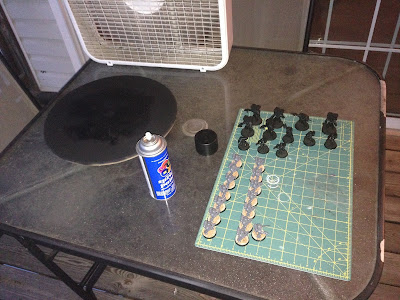 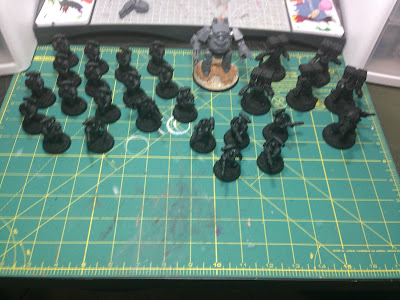