My friends and I played some Star Wars Imperial Assault this past weekend.  The game has section of impassable terrain as well as little tokens to represent crates, terminals and other things.  For fun, and to jazz up the boards a little, I made a couple of "Sith Temple Columns" that fit perfectly in the one inch squares. 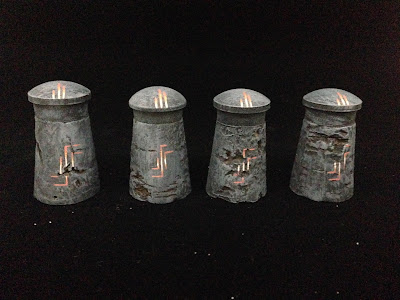 I also made up a couple of quick terminals that I felt like fit the Star Wars aesthetic.  I'm not sold on the bases, but such is life. 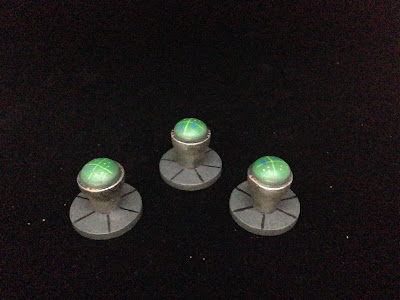 Below, you can see the terrain in action of two of the maps.  I was the Imperial player in both missions and had by rump thoroughly handed to me.  The top picture was taken shortly before the Rebel scum pulled two Shock Grenades in a row, basically stun locking me for long enough to make it statistically impossible for me to win.  Without the stun locks, I probably would have taken the mission. 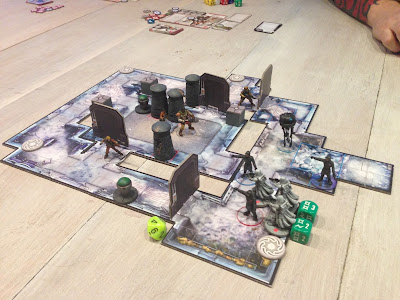 This mission was a little more frustrating.  The Imperial figures never really improve throughout the campaign.  You might get a couple of small buffs here and there, but a Stormtrooper is, for the most par, a Stormtrooper.  The Rebels are so mobile, that in any mission requiring them to interact with tokens scattered across the map, they can simply ignore my dudes and run to the tokens.  There is very little I can do to stop them as it takes about 2-3 rounds of concentrated firepower to take out one Rebel.  In that time, the other three are all over the place. 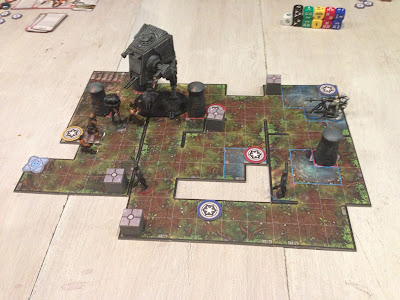