Yesterday was a looooooong day, but a good one.  I closed out the day by playing a couple of rounds of the Spartacus board game. 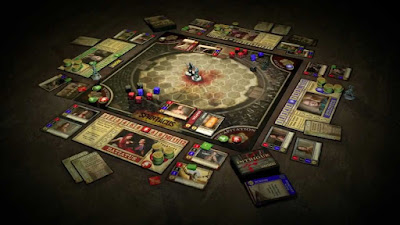 What a great game!  It has intrigue, betting, backstabbing, lots of dice and miniature combat.  What's not to like.  The last round saw me and my mediocre gladiator being invited to the arena to face off against one of the strongest and fastest gladiators in the game.  Some decent placement, lucky dice rolls and my opponent taking damage in the wrong places saw me through to victory.  Literally everyone in the game had placed max bets against me and lost everything.  It was actually pretty fun.  Nobody was angry, but I can see this game breaking friendships!

The other positive thing that happened is that I got a little bit of extra exercise in that I wouldn't normally have and avoided garbage food on at least three occasions due to trying to eat healthier.